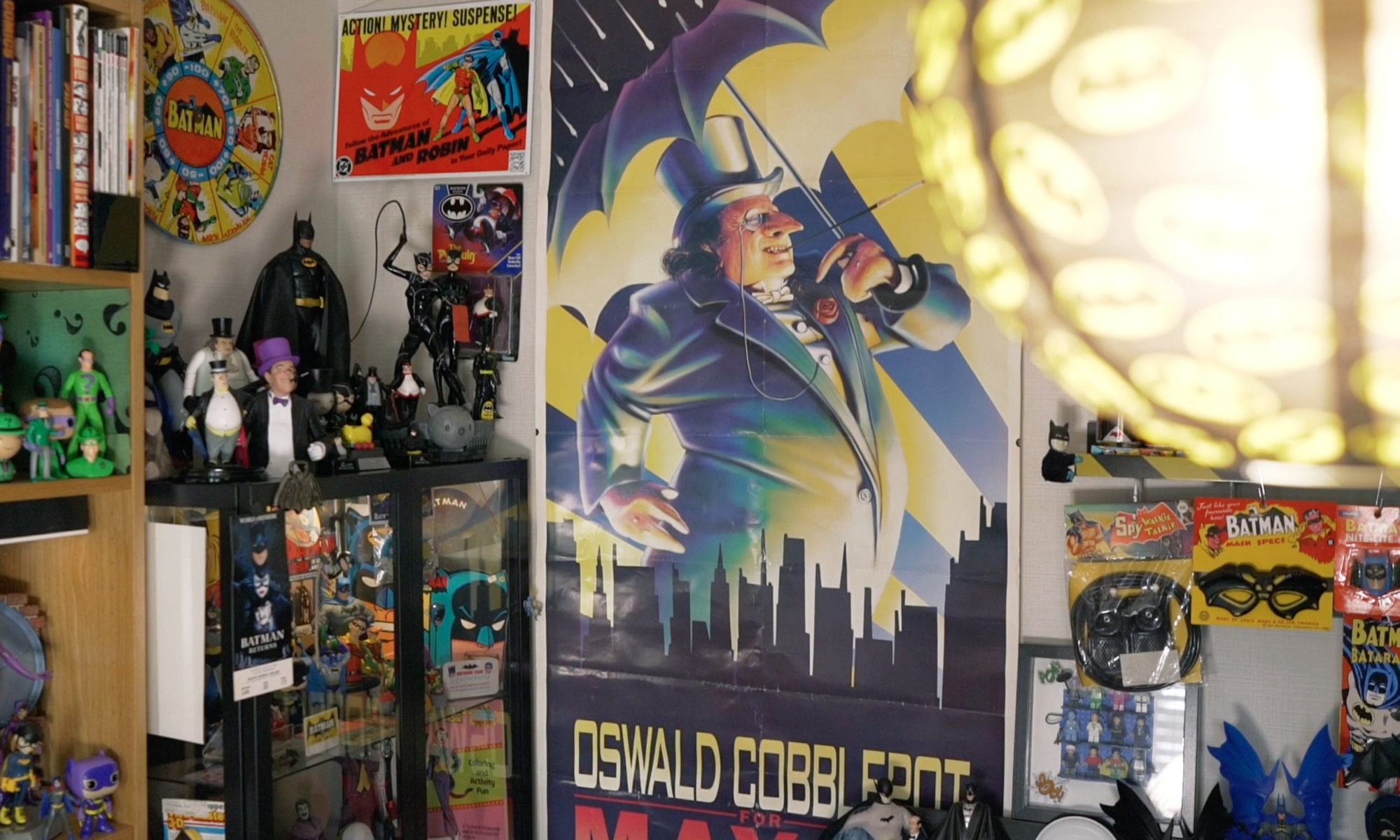 Batman, The Dark Knight and “Läderlappen”. Dear child has many names. This year, the iconic and popular superhero is turning 80 years. Warner Bros. will celebrate this fact this year by launching several new and old Batman movies, together with those who know him the best – his fans. We created a PR campaign in the form of a national competition to find Sweden's most fanatic collector of Batman merch. In addition to the prestigious title, the prize included travel, accommodation and tickets to Comic Con Stockholm, as well as a signed special anniversary edition of Batman, the comic book.

The competition was communicated through press releases and in Warner Bros. social channels. In September 2019, Warner Bros. proudly announced Andreas Nordenmark from Falun, with over 4,000 collector’s items, as ”Sweden’s most fanatic Batman collector”. The winner was communicated in a press release and had a breakthrough in both national broadcasted television as well as local and lifestyle media. We also created a video for social media, featuring an interview with the winner. 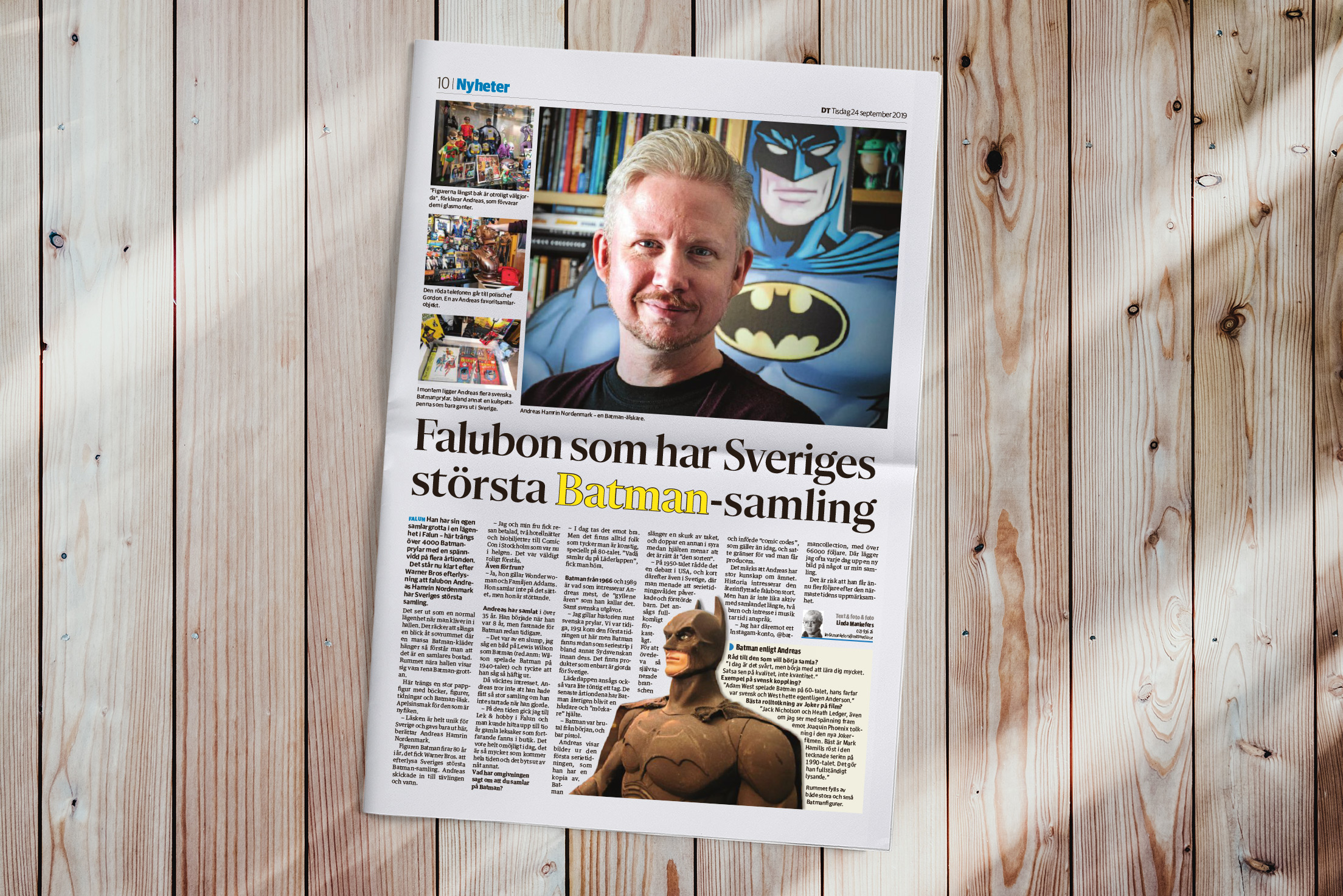